Wireless networks are computer networks that are not connected by cables of any kind. The use of a wireless network enables enterprises to avoid the costly process of introducing cables into buildings or as a connection between different equipment locations. The basis of wireless systems is radio waves, an implementation that takes place at the physical level of network structure.

Wireless networks use radio waves to connect devices such as laptops to the Internet, the business network and applications. When laptops are connected to Wi-Fi hot spots in public places, the connection is established to that business’s wireless network.

There are four main types of wireless networks:

The Benefits of Wireless Networking are:

A large number of technologies have been developed to support wireless networking in different usages. Mainstream wireless technologies include:

Other technologies still under development but likely to play a role in wireless networks of the future include 5G cellular Internet and Li-Fi visible light communication.

Wireless network equipment can be complex to develop. Consumers recognize popular brand names of wireless routers and related home network gear, but many do not realize how many internal components they contain and how many different vendors produce them.

The three wireless roles are: 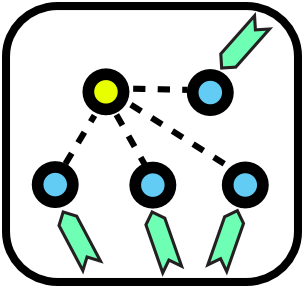 Devices such as computers, tablets, and phones are common Clients on a network. When you are accessing a wireless hotspot or the router in your home or office, your device is the client. This client mode is also known as “station mode” as well.

Some routers can operate as Clients as well, which allows them to act as the wireless card in a computer, and connect to other Access Points. This can bridge two Ethernet networks, or connect to more distant APs.

A Wireless Client is similar to a person in the audience of a play or movie. They are one of several or many people accessing information through the same conduit – someone speaking. 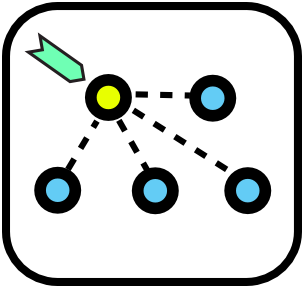 Most wireless networks are made using Access Points – devices that host and control the wireless connection for laptops, tablets, or smartphones. If you use Wi-Fi in your home or office, it is most likely through an Access Point. When a router is set up as an AP, it is said to be in “Master” or “Infrastructure” mode.

An AP is sometimes a stand-alone device that bridges between a wireless and wired (Ethernet) network or is part of a router. APs can cover a range of areas with a wireless signal, depending on the power of the device and the type of antenna. There are also some APs that are weatherproof, designed to be mounted outdoors.

An Access Point is similar to a person on stage, addressing an audience or crowd – they are providing the information for everyone else. Those audience members can ask questions of the person on the stage, and receive a response. 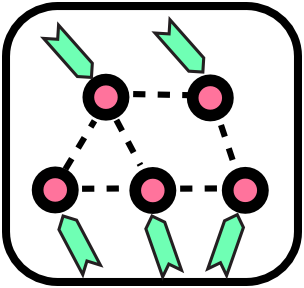 Some wireless devices (laptops, smartphones, or wireless routers) support a mode called Ad-Hoc. This allows those devices to connect together directly, without an Access Point in-between controlling the connection. This forms a different type of network – in Ad-Hoc mode, all devices are responsible for sending and receiving messages to the other devices – without anything else in between. In an Ad-Hoc network, every device must be in this role and using the same configuration to participate. Not all devices use this mode, and some have it as a “hidden” feature.

Ad-Hoc devices are used to create a Mesh network, so when they are in this mode, they are called “Mesh Nodes”.

An Ad-Hoc or Mesh node is similar to an individual in a group or roundtable discussion. They can take an equal part in the conversation, raising their hand when they want to speak so that the others will listen. If someone at the end of the table cannot hear, one of the individuals’ in-between can repeat the original message for the listener.

Enquiry
Open in Whats App
Hello, How are you doing today? Ask us more information about https://www.netlabindia.com/our-solutions/information-technology/networking/wireless-networking i.e Wireless Networking. Click the button below to continue on whats app.